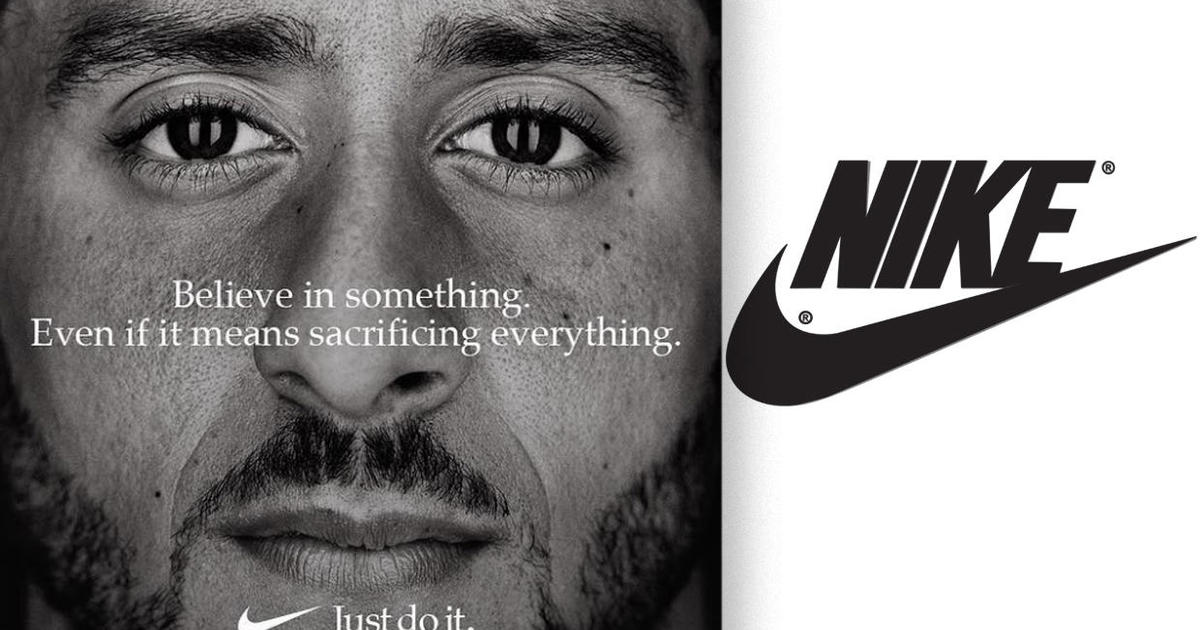 The ad told viewers to “dream crazy,” in addition to Nike’s well-known slogan “Just Do It.” Other prominent athletes, including Serena Williams and LeBron James, were featured as well.

The commercial came two years after Kaepernick chose not to stand for the national anthem during a National Football League preseason game in 2016 to protest racial injustice. As Kaepernick continued to protest throughout the 2016 season, the controversy grew and was linked to falling television ratings for the NFL.

When the commercial was revealed in September 2018, Nike shares took a hit. The stock closed the day after the ad’s release down roughly 3.2%.

The hashtag #NikeBoycott was also trending on Twitter and some customers took to burning their Nike shoes to show their outrage.

Even President Donald Trump weighed in on the ad, tweeting that Nike was “getting absolutely killed with anger and boycotts.”

Just like the NFL, whose ratings have gone WAY DOWN, Nike is getting absolutely killed with anger and boycotts. I wonder if they had any idea that it would be this way? As far as the NFL is concerned, I just find it hard to watch, and always will, until they stand for the FLAG!

But in the days after the commercial’s release, Nike’s online sales surged.

The campaign wasn’t the last socially or politically charged campaign Nike has been involved in. Last week, the NBA’s Toronto Raptors revealed a new team-branded Nike Pro Hijab on Twitter.

Inspired by those brave enough to change the game.

In July, Nike saw another controversy when Kaepernick called on the company to pull sneakers featuring an early American flag, which the company did. The former football player reportedly told Nike officials that he and others found the “Betsy Ross” flag to be linked to a period of slavery. The flag was flown during the American Revolution but has since been associated with white supremacy.

Kaepernick has been out of the NFL since the end of the 2016 season.

In February 2019, lawyers for Kaepernick and Eric Reid, another player who participated in the protests, jointly announced with the NFL that they had settled a complaint of collusion. Kaepernick and Reid claimed the league blackballed them in response to the protest.

Reid was picked up by the Carolina Panthers.

Nike did not immediately respond to CNBC’s request for comment on the Emmy win.